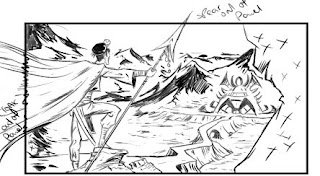 Scrappy pencils done in a hurry.
I got involved in doing a four page strip for an anthology comic published via the COMIC BOOK ALLIANCE. It's a charity gig done for the victims of the recent Earthquakes in Japan and New Zealand.
There is a tight deadline on this...the 2nd of April or so I'm told so not much time really.
My very good friend Paul Birch wrote this little tale, I pencilled it, Mats Engesten (an outstanding artist in his own right) is inking as I type this post John Robbins is lettering it (it's just like old times when I was pencilling Carter's Column) and it's being coloured by Yel Zamor. Now, I haven't worked with her before, but I've gotta say, the pages I've seen so far are terrific.
These three have done an outstanding job of making my meagre pencils shine.
Hats off to the three of you...and fer Paul for coming up with such a crackin' tale.
And the fact that we've squeezed an 8 page tale into four is something to shout about.

Posted by Gary Crutchley at 08:22 No comments: 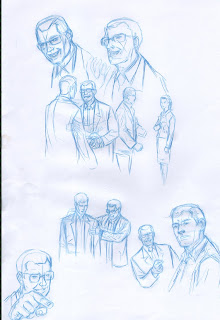 Working on loads of projects ( probably too many if truth be know) but my main focus is on 6 Months, Layouts and half the pencils are done for issue 4, and to prove it here are some sketches from this issue. 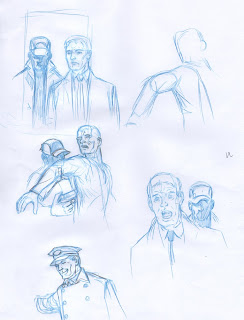 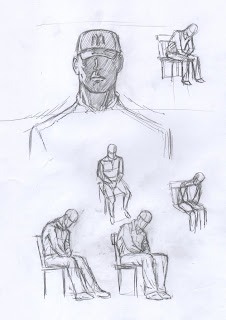 Labels: 6 months is not long enough for 6 months 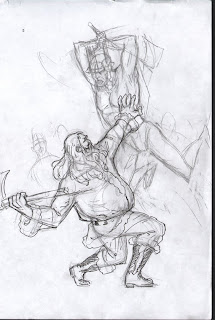 I've been asked to be the artist on a new 5 part series; Abe Lincoln Vs Kris Kringle.
Yea I know, when I first read the idea, I thought what the...??
I didn't give an answer straight away, not because I didn't like the idea, but because of the commitments I've got. So the writer asked, while I was making my my mind up, if I'd mind doing a 1 page illo, so he he could show it around Wonder Con in April (1st-3rd). 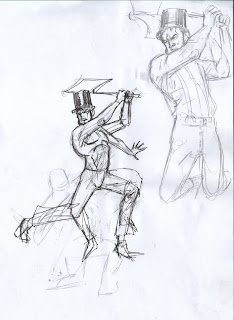 So I said sure, and did a few sketches, as you do, until I settled on the one I liked. 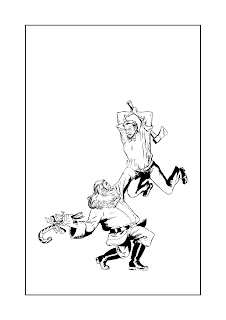 Then I Inked the two major characters.
So far so good.
Liked how it was going. 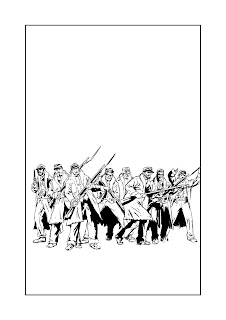 The writer, Ken Thomas wanted union solders in the background, so on another layer I drew the soldiers above. 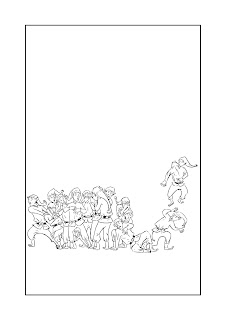 And he wanted Elves, so I drew a bunch of elves looking decidedly scared and nervous. 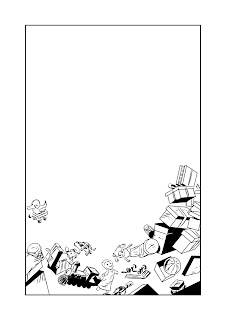 The I did a forground with all the toys being tossed about.
Well, you can't have Santa's grotto without toys and prezzies. 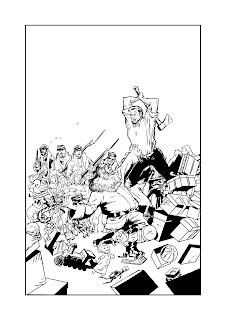 So I put it all together, and it came out Ok. Of course a lot of what I'd drawn was hidden behind characters, but that couldn't be helped. 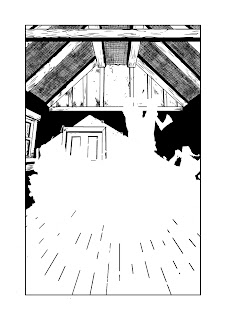 Next I drew the backgound...
and added a bit of tone and highlights... 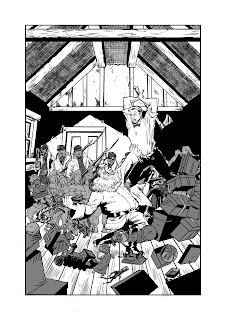 ...and voila..
One illo.
Ken likes it... I like it (which is unusual, cuz I'm not usually happy with me stuff)
And it'll be shown around Wonder-Con.
Job done.
Posted by Gary Crutchley at 10:17 4 comments: