I completed the short story written by Dave Cook for Martin Conaghan's new anthology due our later this year. The story is called Comfort. Here's a small panel to tease and tempt ya. Can show too much, it's only 6 pages. 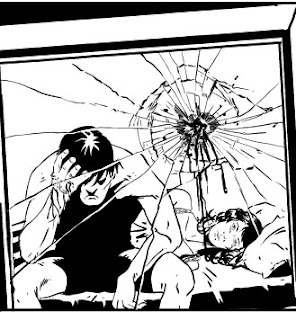 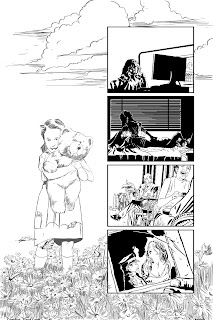 The first page of a six page tale fer a new anthology that's coming out early this year...I think.
Posted by Gary Crutchley at 05:51 No comments:

Labels: A week of catching up

This is something that's been in the works for ages.
It's been drawn, redraw, partially inked by hand (by Matt Brooker no less. Fer those 2000AD afficiondos you may know him as D'Israeli), digitally inked in Illustrator when I started using that software, then finally digitially inked again in Manga studio.
It's been scripted, re-scripted and then finally scripted again. Not an easy voyage by any means.
But at it's heart is a fun-packed two guns blazing Monster romp.
Well that's the idea anyway.
And later this year (fingers crossed) it's gonna get printed in a new Anthology that goes by the name of Hardware.
The 26 page story will be split into 3 6page episodes and one 8 page action packed finale. (I hope)
The first six pages are done and dusted (or so I thought.) The remaining pages are in pencil form waiting for the inks and it was the first strip I did in manga Studio... I chose it specifically to practice and learn the software, it was only later when I finished the first 6 pages that I was approached and asked if it was available to go in Hardware...
If fact the editor wanted another story from me at first, but when that was not available (another tale fer a later date) he agreed that "Mother Knows Best" would be a crackin' replacement.
So here I am, first part done, waiting for the word on deadlines and such for the first issue of Hardware to be published, working on loads of other stuff, as I do, thinking no more of it when out of the blue the Editor calls me up and asks how do I feel if'n "Mother Knows Best" is printed in full colour.
"Oh my" says I.
"In colour?...I'm not good with colour."
Now the plan was that all the 26 pages of "Mother Knows Best" would be printed in black and white...
Which is fine I'm comfortably with that, and so when the editor says colour I'm thinking Oh shit...
That's me outta me comfort zone.
"No worries," says the editor "If'n you can't do it we find someone who can or we leave it black and white, your call".
So last weekend I have a go at colouring page one...but not in photoshop, I don't know photoshop and I feel that that would have take longer, but in Manga Studio, I'm hoping because I know that software it might be a tad easier
And here is me first attempt.
Not too shabby, oh it ain't perfect and it needs a few tweaks but not too bad and I learned a few tricks on Manga studio that I didn't know before, so not such a wasted weekend. 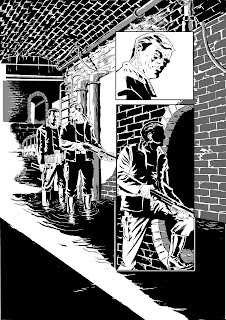 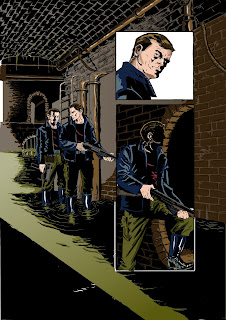 It's not finished, not by a long shot, but I'm on me way with it, I'll have another go next weekend, tighten it up some more. hopefully it won't take as long because I know (a bit) what I'm doing (HE says).
I'm kinda pleased that I'm learning to colour on this strip cause I learned to ink on this strip so that is some sorta karma...
Or am I just talking a load of shite.
Probably.
So until next time.
.
Posted by Gary Crutchley at 08:31 1 comment: 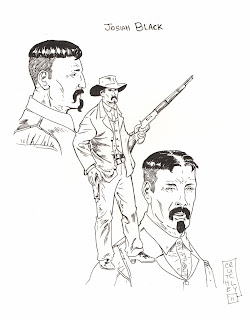 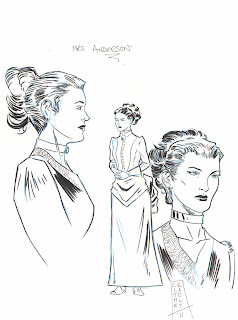 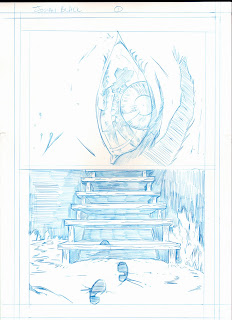 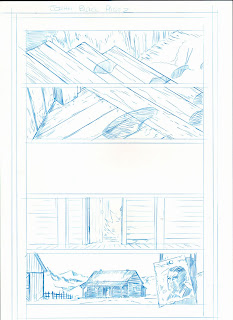 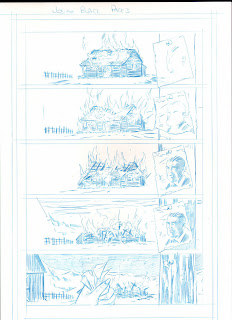 Alright, I'm back fer the new year and apart from everything else that's on the "to do" list, I've been asked by friends Dave West and Andy Bloor if'n I want to work on a new title for AccentUK.
It's a western (what else) in four issues, so obviously I said yes.
It'll be about 25-30 pages (not quite decided yet)
Got a bit of time off from the day job so decided to crack on with it and so far it's going OK, rather pleased with how its coming together.
I'm cracking on with Hard Country as well, half way through chapter 3, and I'm liking how that's going. There'll be more news later on in the year about Hard Country. Quite exciting news but I don't want to jinx it by announcing anything too soon.

In fact 2012 seems like it's gonna be a busy year.
I didn't have much published last year but it looks like I'm gonna have actually books on sale this year, which is a great feeling.
There'll be more Josiah Black stuff later on this week.
Posted by Gary Crutchley at 00:58 3 comments: