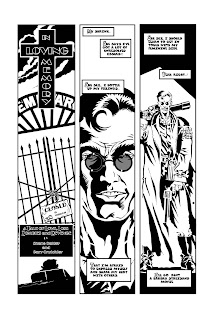 This is the first page of the strip "In Loving Memory" that'll be included in Time Bomb's anthology- "BOMB SCARE", printed...any time now I should think.
It's my plot and art and scripted by the talented bastid Shane Oakley.
I'm looking forward to seeing this in print, it's bin languishing at the bottom of me draw fer a lonnng time.
Posted by Gary Crutchley at 10:52 5 comments:

Labels: A home at last

Ok, I haven't been posting as often as I liked, but I have been drawing, honest.
Here are a batch of sketches that I've been doing, in what spare time I've got.

I'm still hard at work on the Insomnia GN "6 Months", but that's not going as quickly as I hoped.
I'm getting too picky in the details, re-drawing pages too many times. I should be on the second issue now, but I'm not.
Bugger!! 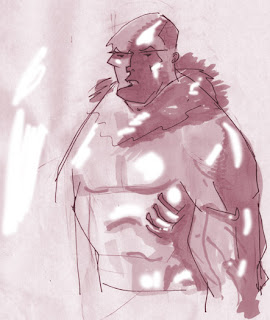 It's coming along though..albeit slowly. 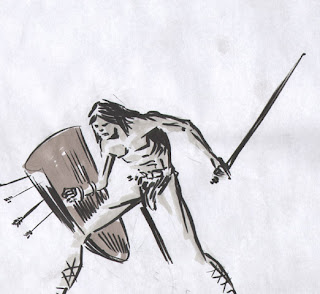 Also the first part of "HELL'S NAZIs" is all pencilled and I'll be inking that soon. Got a specific look I want, just hope I can pull it off. The layouts to the second part are well under way and there'll be something to show John (the writer) Halfpenny and you lot soon. 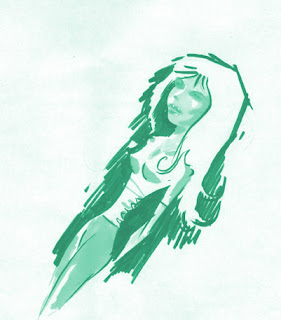 Also an older strip of my "In Loving Memory", scripted by that very talented fellow and good, good friend Shane Oakley is to be printed in "Time Bomb's" new anthology "BOMB SCARE" any time now. So I'm looking forward to seeing that. 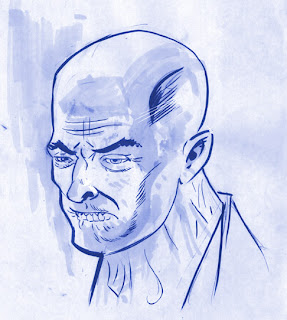 And finally there are a couple of my scripts that I've sent to publishers, that I'm waiting to hear positive replies too.
Fingers crossed.
So that's it fer now.
Next time more "6 Months" and more "Hell's Nazis"
Posted by Gary Crutchley at 04:08 2 comments: